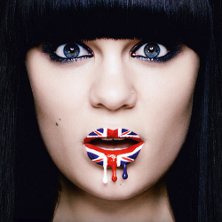 5.0 stars, from 1 fan reports on www.eventim.co.uk
Jessie J is an English pop singer with attitude. Hailing from Essex Jessie has built up a cult following with her gritty and honest lyrics. Eventim is the place to look for Jessie J tickets and tour dates.

To be the first to hear when more Jessie J tickets go on sale you can sign up to the Eventim Ticket Alarm below.

Eventim is also on Facebook, Twitter & Google+! Connect for all the info on Jessie J plus the latest concerts & festival line-up information, travel details and loads more! Show more

You bought tickets for Jessie J but don't have time to go? No problem: with fanSALE you can simply, quickly and securely sell your admission tickets through Eventim's online ticket market. In this way, you can sell your tickets legally and respectably to true fans, even for sold-out events. Sell tickets

Jessie J (born Jessica Cornish on 27 March 1988) is a singer-songwriter from Essex, England, United Kingdom. She began a solo career after working as a songwriter and backing vocalist for artists such as Miley Cyrus and Christina Aguilera. Her debut album, “Who You Are”, was released in 2011 and contains the singles “Do It Like A Dude”, “Price Tag”, “Nobody’s Perfect”, “Who’s Laughing Now”, “Domino” and “Who You Are”. Show more