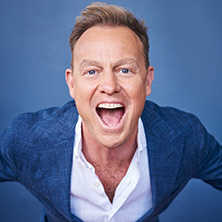 Jason Donovan is an Australian actor and singer who rose to fame on the soap opera ‘Neighbours’.

In 1989 he released his debut album ‘Ten Good Reasons’, which was one of the highest-selling albums that year and he’s released a number of hit songs including ‘Especially For You’ which featured Kylie Minogue.

To be the first to hear when more Jason Donovan tickets go on sale you can sign up to the Eventim TicketAlarm below.

We are also on Facebook & Twitter. Connect for all the latest info on Jason Donovan plus the latest concerts, festival line-ups, competitions and loads more. Show more

You bought tickets for Jason Donovan but don't have time to go? No problem: with fanSALE you can simply, quickly and securely sell your admission tickets through Eventim's online ticket market. In this way, you can sell your tickets legally and respectably to true fans, even for sold-out events. Sell tickets