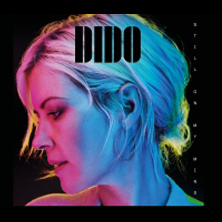 When No Angel's heartfelt snap-shots of life were released in 1999, nobody, least of all Dido, expected the album to eventually become the planet's biggest seller of 2001. The similarly affecting follow-up, 2003's Life For Rent, also burrowed its way into millions of hearts, hitting number one in 26 countries and lighting up the airwaves in many more.

If you're looking for tickets and UK tour dates to see Dido live, Eventim is the place to be!

To be the first to hear when more Dido tickets for live UK dates go on sale you can sign up to the Eventim Ticket Alarm below.

Eventim is also on Facebook, Twitter & Google+! Connect for all the info on Dido plus the latest concerts & festival line-up information, travel details and loads more! Show more

You bought tickets for Dido but don't have time to go? No problem: with fanSALE you can simply, quickly and securely sell your admission tickets through Eventim's online ticket market. In this way, you can sell your tickets legally and respectably to true fans, even for sold-out events. Sell tickets