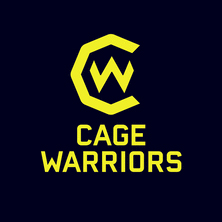 Cage Warriors Fighting Championship or CWFC is a mixed martial arts promotion, based in London, which is currently regarded as the biggest MMA organisation in Europe. Cage Warriors was established in 2001 and staged its first MMA event in London in July, 2002. Today it is scheduling events in various places like Chechnya, Baghdad and Beirut.

To be the first to hear when more Cage Warriors tickets go on sale you can sign up to the Eventim Ticket Alarm below.

We are also on Facebook, Twitter & Google+. Connect for all the info on Cage Warriors plus the latest concerts, festival line-ups, travel details and loads more. Show more

You bought tickets for Cage Warriors but don't have time to go? No problem: with fanSALE you can simply, quickly and securely sell your admission tickets through Eventim's online ticket market. In this way, you can sell your tickets legally and respectably to true fans, even for sold-out events. Sell tickets