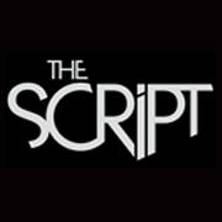 5.0 stars, from 1 fan reports on www.eventim.co.uk
The Script are an Irish pop rock band who have shot back into the limelight recently after singer Danny O'Donoghue began life as a judge on BBC TV talent show The Voice. Eventim is the place to look for The Script tickets and tour dates.

We also have a Ticket Alarm which will notify you as soon as tickets become available. Simply pop your email address into the box below.

Eventim also have accounts Facebook, Twitter & Google+ where you can keep up to date with all the latest ticket info on The Script and loads of other bands plus there's the latest concerts & festival line-up information, travel details, competitions, music news and loads more. Check them out now! Show more

You bought tickets for The Script but don't have time to go? No problem: with fanSALE you can simply, quickly and securely sell your admission tickets through Eventim's online ticket market. In this way, you can sell your tickets legally and respectably to true fans, even for sold-out events. Sell tickets

The Script are a pop rock band which formed in 2001 in Dublin, Ireland. The band consists of Danny O’Donoghue (vocals) (Who has recently catapulted the band further into the spotlight as a judge on TV talent show, The Voice, on BBC), Mark Sheehan (guitar) and Glen Power (drums). After reaching number fifteen in the charts with their 2008 debut single “We Cry,” their second single “The Man Who Can’t Be Moved” peaked at number two.

Their debut album The Script was released on the 11th August 2008, and went straight to number one on iTunes both in Ireland and the United Kingdom. Their third single, “Breakeven,” was released on the 10th of November 2008, peaking at number 21 in the UK singles charts. The band went on to release two more singles from their debut: “Talk You Down” and “Before The Worst.”

The Script’s second album, Science and Faith, was released on the 13th September 2010. It reached number 1 on the UK album chart and the Irish album chart. The first single titled “For The First Time” peaked at number 4 in the UK charts.

In 2012 the band released their third album #3 which included the popular hit “Hall of Fame” featuring Will I Am also from The Voice UK. The single went on to become one of the bands most popular singles reaching platinum status in the US, Australia, Italy, New Zealand, Sweden and Norway becoming their highest charting single to date. Following on from the success of this album the group embarked on an international tour across Asia, North America, Australia and Europe.

No Sound without Silence is the title of the bands forth studio album with lead single “Superheroes” being released in July 2014. The album was released on the 15th September 2014. Show more