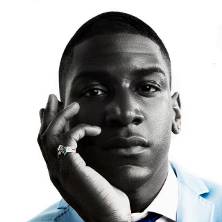 Labrinth is a singer, songwriter and record producer from Hackney, East London. He shot to fame when he appeared on the track Pass Out by Tinie Tempah in 2010.

Eventim is the place to look for Labrinth tickets and tour dates. Sign up to the Eventim Ticket Alarm below to be notified by email as soon as tickets become available.

You bought tickets for Labrinth but don't have time to go? No problem: with fanSALE you can simply, quickly and securely sell your admission tickets through Eventim's online ticket market. In this way, you can sell your tickets legally and respectably to true fans, even for sold-out events. Sell tickets

Timothy McKenzie, better known by his stage name Labrinth, is an English singer-songwriter and record producer.

McKenzie attended Stoke Newington School and became interested in a musical career during his school years. He comes from a music family consisting of nine siblings. His brother, Mac.1, is a producer, and he introduced McKenzie to the art of creating music in his studio, at the age of 15.

Labrinth started his career by producing for Master Shortie in his debut album A.D.H.D… This gained a buzz within the industry and he was then signed to a publishing deal by Guy Moot at EMI Music Publishing.

He also co-wrote, produced and featured on Tinie Tempah’s BRIT Award-winning single “Pass Out”, which entered UK Singles Chart at number 1, becoming Tempah’s first single to top the charts. In June 2010, Labrinth and Tinie Tempah collaborated again, on the single “Frisky” which debuted at number 2 in the UK; although it became the duo’s second single top the UK R&B Charts Labrinth provided vocals on Professor Green’s track “Oh My God” taken from his debut album Alive Till I’m Dead.

Labrinth has written songs for Professor Green, Ola Svensson, Pixie Lott, Preeya Kalidas and Loick Essien and has remixed a track for JLS. He has also remixed the single Stylo by Gorillaz, adding vocals from collaborator Tinie Tempah. Show more