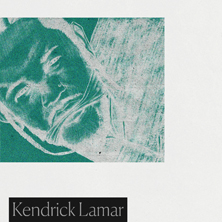 Kendrick Lamar (born June 17, 1987) is a rapper from Compton, California and is a member of Black Hippy collective along with members Jay Rock, Ab-Soul and ScHoolBoy Q.

Eventim is the place to look for Kendrick Lamar tickets and tour dates.

To be the first to hear when more Kendrick Lamar tickets go on sale you can sign up to the Eventim Ticket Alarm below.

Eventim is also on Facebook, Twitter & Google+! Connect for all the info on Kendrick Lamar plus the latest concerts & festival line-up information, travel details and loads more! Show more

You bought tickets for Kendrick Lamar but don't have time to go? No problem: with fanSALE you can simply, quickly and securely sell your admission tickets through Eventim's online ticket market. In this way, you can sell your tickets legally and respectably to true fans, even for sold-out events. Sell tickets

Kendrick Lamar (born June 17, 1987) is a rapper from Compton, California and is a member of Black Hippy collective along with members Jay Rock, Ab-Soul and ScHoolBoy Q. His music is largely influenced by the works of Tupac Shakur, Jay-Z, Nas and DMX.

He released the Kendrick Lamar EP in 2009, the critically acclaimed O(verly) D(edicated) mix tape in 2010 and most recently, his 2011 digital album Section.80, released under Top Dawg Entertainment. The Recipe Songfacts reports it was one of the cuts from O(verly) D(edicated), “Ignorance is Bliss,” that initially interested fellow Compton native, Dr. Dre, in him. The young spitter worked with Dre on the latter’s Detox album and the legendary Hip-Hop producer returned the favor by joining Lamar on “The Recipe”. The song was premiered on the LA radio station Power 106’s morning show on April 2, 2012. His debut album “good kid, m.a.A.d city” is set to be released on October 22, 2012. Show more