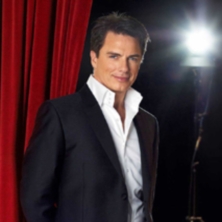 John Barrowman is a Scottish actor, singer and media personality. He shot to fame in the BBC’s revamped Doctor Who as Captain Jack Harkness, with the character becoming so popular he was given his own spin-off programme, Torchwood. He has been a judge on a variety of the BBC’s shows searching for new West End stars: I’d Do Anything, Any Dream Will Do and How Do You Solve a Problem Like Maria?, taken part in ITV’s Dancing On Ice, guest hosted The Friday Night Project, as well as starring in several episodes of the US series Desperate Housewives. His debut album, Another Side, went gold, and he has a sold out solo tour under his belt. His self-titled album, released in 2010, is his most successful to date and features theatrical show songs and musical favourites.
Eventim is the place to look for John Barrowman tickets and tour dates. Sign up to the John Barrowman Ticket Alarm to be notified of future John Barrowman concerts and tours. Show more

You bought tickets for John Barrowman but don't have time to go? No problem: with fanSALE you can simply, quickly and securely sell your admission tickets through Eventim's online ticket market. In this way, you can sell your tickets legally and respectably to true fans, even for sold-out events. Sell tickets