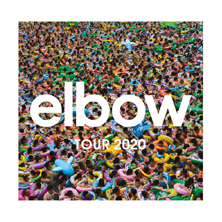 Eventim is the place to look for Elbow tickets and tour dates.

To be the first to hear when more Elbow tickets go on sale you can sign up to the Eventim Ticket Alarm below.

Eventim is also on Facebook, Twitter & Google+! Connect for all the info on Elbow plus the latest concerts & festival line-up information, travel details and loads more! Show more

You bought tickets for Elbow but don't have time to go? No problem: with fanSALE you can simply, quickly and securely sell your admission tickets through Eventim's online ticket market. In this way, you can sell your tickets legally and respectably to true fans, even for sold-out events. Sell tickets

The band is named after a line in the BBC TV mini-series The Singing Detective which says that the word “elbow” is the most sensuous word in the English language, not for its definition, but for how it feels to say it.

Elbow began specializing in “chilled funk”, but changed the direction of its music after unanimously deciding that they were “shit.” The new songs were noticed from both Island Records and Universal, but the band was dropped before anything was released after it signed with both labels. The band then released two critically acclaimed EP’s on the independent Ugly Man Record label which caught the attention of V2 Records.

V2 released Elbow’s debut album: “asleep in the back.” The album was a surprisignly moderate success, gaining substantial critical acclaim and, ultimately, a nomination for the mercury music prize in 2001. The single “Newborn” received attention after being banned by radio 1 for the lyric, “I’ll be the corpse in your bathtub.”

Word of mouth then began to work in Elbow’s favor. Its 2003 album, “Cast Of Thousands,” entered the UK Charts at #7 to critical acclaim. The lead single, “Fallen Angel,” charted at #19.

In 2004, Elbow became the first British band to ever play a concert in Havana during an unofficial Cuban tour. The tour was made into a short film by British documentary maker Irshad Ashraf. Show more